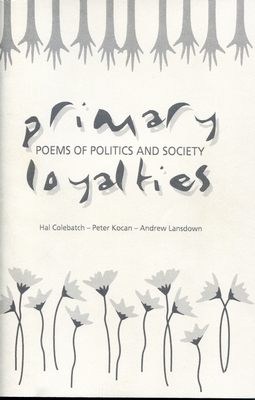 Primary Loyalties is a three-part anthology of poems by Hal Colebatch, Peter Kocan and Andrew Lansdown.

“A proponent of euthanasia claimed yesterday 11 people were rushing to use the Northern Territory’s [euthanasia] legislation before today’s historic debate of a federal Bill to overturn it.” — the Australian, 28 October 1996

Did good Doctor Hiram Maxim labour all in vain?
Where is his sweet benediction for these blessed?
Where are his children—Solothurn and Vickers,
Hotchkiss and Spandau, to sing them to their rest?

Where are Messrs Bruno, Enfield now we need them,
with 28 rounds standard in the magazine
discharged in a second or so? No queuing at all!
And everything easily hidden behind a screen

in any State-owned garage with a handy spigot
and drain set in the floor? It is surely quite obscene
if we have forgotten all those merciful improvements
on Dr Maxim’s most ingenious machine

for ending suffering, and bringing sweet relief
both to the terminally ill and to their heirs.
Why should they have to queue and jostle for a place
when we have the means to speed them up the stairs?

No need for slow and cumbersome computers
if you’re sincere, and in a hurry too.
One basement with thick walls could set the scene.
For speed, one RPG for all of them would do.

If some seek death themselves (or seek it indeed for others)
shall we stop them drinking that cup to their fill
for mere procedure bottlenecks? Honestly I ask you:
does the Twentieth Century not know how to kill?

A little boy bewildered
I made my way alone.
The world was full of fathers
But none of them my own.

So it was no man’s duty
To teach me what he knew,
To help me or defend me
Or guide me as I grew.

But then I learned of heroes
Long gone into the grave;
The legends of the loyal,
The sagas of the brave.

Those dead men who befriended
A child they didn’t know
Were my heroic fathers
Long centuries ago.

Above the black soil of the bulldozed paddock
spiders have spun their threads
on upraised sticks and roots.
In the midst of anarchy, a small affirmation
of design. The webs,
wet with dew and infused with light,
are white pennants raised to proclaim
the mysterious endurance of the powerless.
Or they are bandages of fine gauze,
daubed where limbs have snapped, wrapped
to staunch the flow of beauty from the broken land.

And perhaps it’s only little things that will remain
to shore the heart against the broad and brutal ugliness
that looms as the destiny of man. Perhaps
small gestures—the weaving of poems
or the pursuit of a personal integrity
or an unfaltering faith that  God  is  good  and
good is no illusion—are all that is left to us.
Like the spiders, we bind the broken roots.
Not in truce, but on trust, we raise
our ragged, regal flags in the winds of a desolate age.