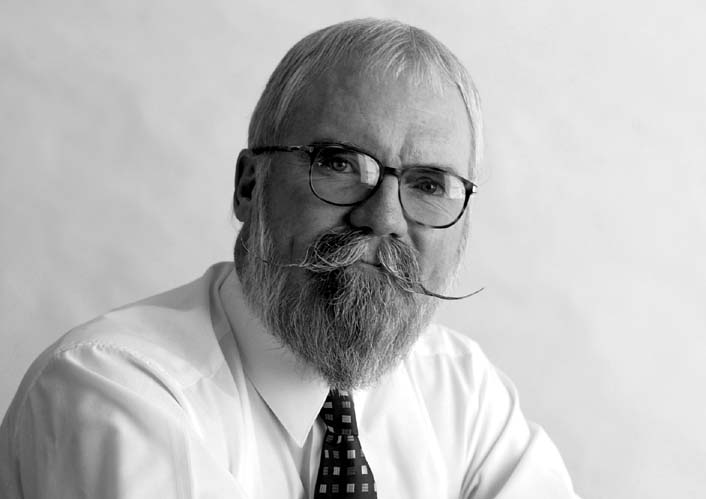 In Praise of Jacaranda

We have praised through

kindle from their inward fire

Some days they infect the air

with a smouldering glow,

across the garden in drifts

on a warm mauve breeze.

Or at evening, by the river,

they reach their boughs

and sail the lavender air.

My skull is a clutter

nearby a car skids

Even the moon stains

through my closed lids,

framed in my window,

queuing at the border,

That dark oil-rig, squat in the distance,

The gulls fly in a Japanese script,

across sky the colour of pale rice.

A long ship from Kobe ploughs nearby.

Children fly dragon-kites above the sea,

Beyond the glass a Moreton Bay Fig

sways full of sunlight and fragrant w i n d ;

I sift the grid of gaps and questions.

a loud youth in a sarong complains;

try to explain what their bank contains.

These men are poor and they grope for words,

a spectacled clerk advises them:

‘A certificate of birth’s required ‘.

All try to help. The smallest coughs phlegm.

The fig-tree sprawls above sturdy roots,

I pause; ponder where such lives are made.

I fill in the gaps and state my case,

await to be called and wonder why,

this fig-tree in the park enthrals me,

with its shade and boughs against the sky.

the cuneiform script of hatred,

the sickle-syntax of the mullah.

They are also the fetid swamps,

the snake-groves and the quicksand,

the rank waters that rust thought and care.

See how they strut with their wide plans

the cold quarries of the builders?

(Stone skids on flesh to raise a pyramid.)

I know a man who once witnessed

a miracle of the politia:

They sit inside their cafes talking,

the sun outside is full and clear;

the topic is their latest in sight,

They sip their coffee very loudly,

chat of their new relationship,

French films and other arty issues,

Their dress is kind of urban funky,

and in the hollow of their gossip,

They invoke Trotsky after entree,

discuss his handbooks page by page,

(dwell awhile on their own oppression,

being trapped on a handsome wage).

So, in between the renovations,

storm the high turrets of their dreams.

Each morning she constructs mosaics,

weaves words in a web to net the day.

We stitch stories, our small semantics.

“Each question has an answer,” I say.

I know, in truth, we make rough guesses:

there’s no finished map of the terrain.

All discovery is a function

of individual choice and pain.

For now, I watch her scatter puddles;

dwell upon her daily adventures,

discuss why it is a magpie sings.

But what can I bequeath for later?

a clutch of strongly held opinions,

a few theorems for comic relief.

She kicks water at the autumn sun,

as it arcs across this pristine day.

I know she will soon assume a world

beyond all that I can guess or say.

from Listening To The Train Passing

An Effect of Black Cockatoos

cartwheel noisily above my house,

as if some riotous spirit-hand

had spun them at cacophonous angles.

At times they dance a surreal flamenco,

a crescendo black as polished leather.

They scour the sky with iron wings,

in search of seeds and pods to strip,

hissing with the static of existence,

Their screeching is a zinc nail

scraped along the day’s glassy-blue.

Far-off, they are a scatter of poppy-seed

gusted on a darkening wind.

Tonight, my blood is feather-black,

full of kindred sobs and sadness.

Some evenings I evaporate on wings,

scud and thermal in a warp of dreams.

They whirl their vortex at my ear,

the long call of grief against time.

Lately, I have seen them tumble

and cry across an orange moon.

They melt into the black margins,

a fading flutter of tin-foil sound.

It washes up in shimmers and shards

on the lake’s opposite shoreline.

Night rises from the water’s penumbra,

artesian, immense in its own image.

The birds skid across a flint-black sky.

What zodiac is coded in their brains,

their songs a gravel of lunar noise,

Their intention tonight is to shred

the kernel of a constellation or two,

leaving a scatter of smaller planets

embering on a bare horizon,

They arc along the edges of my sleep,

trapeze insanely across the Milky Way,

eroding and gnawing at the moon,

until all that remains is a din of shadows.

from Listening To The Train Passing

My daughter reads in a white hammock,

suspended high in our Cape Lilac.

Its pervasive scent is a sweet mauve smoke

wafting across the yard to where I sit.

It lulls my worry on a gentle breeze,

tipped from the perch of her green thoughts,

and the day stay indifferent and lovely.

She has chosen an old calico sheet,

slung herself between two sturdy forks,

hauling an encyclopaedia after her.

She has constructed this place carefully,

a paradigm of a child’s thinking:

it is hung across a clear half-moon

frosting white in the afternoon.

From there she can watch red wattlebirds

sip the indigo evening and goshawks,

white as salt, hunt geckoes in the scrub,

the sea a blue presence in her imaginings.

(She has seen a unicorn from up there).

Squinting at the emerging flecks of stars,

she queries which one is a planet.

Walking to her I call upwards, asking

the title of the book she ponders.

Tree of Knowledge her smile calls back.

My unease rises with the evening wind.

Later, she climbs down, takes me to safety,

a risk negotiated, a lesson learnt,

A Homage to the Elephant

They bear their lumber of innocence grandly,

on the grey swaying platforms of their bulk,

loaded to their Plimsolls with existence.

Their stumped teak-log legs are paradoxes:

dense with dark tonnage, they articulate

a gait as light and breezy as balsa-wood.

Their flesh, grooved with the grain of ancient rock,

the plates on which whole continents drift,

folds perfectly over an improbable form.

Theirs is the geometry of large typographies,

and the necessities of heavy haulage.

they have seen the mad flesh of human combat,

a bloody marl in the Colosseum,

yet cannot conceive a bullet’s trajectory.

They inhabit a century of victims.

Their language is a pneumatic grammar,

punctuated by body touch and pantomime,

a slow-motion Lambada for the moon,

the lunar aridities of the veldt.

No potentate ever nurtured their children

more gently than a pachyderm fondles its young.

(And Kings have been known to murder a son).

They are the weighty ponderers of Earth,

a gentle and nomadic inheritance,

like amiable whales who chose to walk the land.

They are mighty sovereigns who justly trumpet.

Rod Moran was born in 1952 in Seymour, a small country town about 120 kilometres north of Melbourne. A graduate of the University of Melbourne, Moran’s first poetry was published by The Bulletin magazine, a key journal in Australian literary history, when he was just 18 years old. He has published four volumes of poetry and his poems have been anthologised nationally and internationally, including by Oxford University Press.

Rod Moran’s The Paradoxes of Water: Selected and New Poems, 1970-2005, won the 2005 WA Premier’s Book Award for poetry. He is also an historian and award winning journalist, working as senior features writer at The West Australian newspaper, the capital city’s morning daily. He counts among his Muses the hauntings of 20th century history and, in another register entirely, the grandeur of the Indian Ocean.

WINNER WESTERN AUSTRALIAN PREMIER’S BOOK AWARDS 2005. Covering more than thirty years of writing, this landmark publication shows the depth and range of Rod Moran’s poetic life. Well-travelled, tough-minded and unwavering in its moral vision, Moran’s poetry is filled with concern for historical, social and political identity, as well as a delight in and concern for the natural and man-made worlds. He ensures for us the serious responsibility of being here.

Literary Editor for the West Australian, Rod Moran is known more for reading and critiquing books than for writing them, but wrongly so. He has three other volumes of poetry, and his recent Sex, Maiming and Massacre won the Margaret Metcalf Award for excellence in archival research. The Paradoxes of Water consists of poems sharply observed and keenly felt. At the same time, Moran’s poems have perspective, of politics and history, for example of how history is a snapshot of politics at a particular moment and from a particular point of view: in “The University,” we are told, “Plato’s silhouettes / flicker in the lecture hall – / doctrine, agit–prop.” A strong collection of his selected and new work from the past thirty–five years. 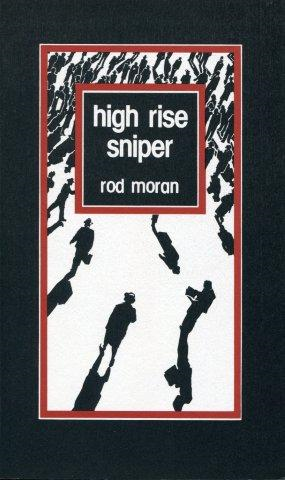 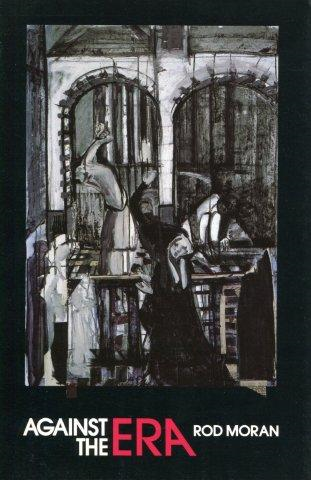 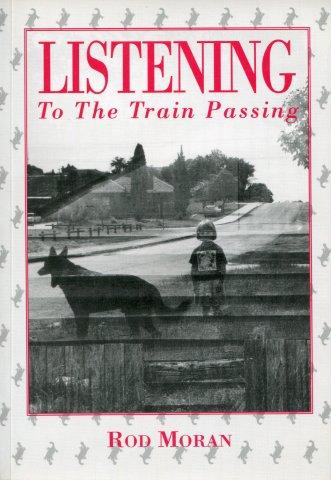 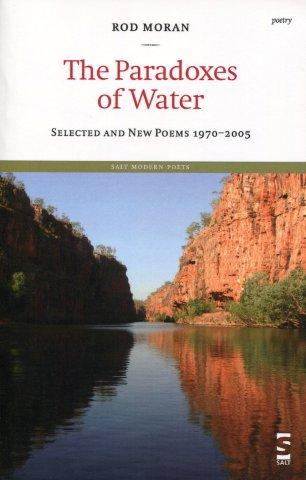 Return to OTHER POETS & POEMS OVERVIEW

Rod is Andrew’s friend. You can contact him through Andrew. Send an email to Andrew and he will forward it to Rod.