Axon: Creative Explorations has published one of Andrew’s poems, “Campfire Robins”, in its latest edition, Vol 3, No 2, October 2013.

Axon is a scholarly and non-commercial journal of creative practice and theory published under the auspices of the University of Canberra.

Andrew’s poem can be read on the Axon website here:http://www.axonjournal.com.au/issue-5/campfire-robins

One of Andrew’s poems has been published in the November 2013 issue of FreeXpresSion magazine. The editor selected the poem “Suddenly Gladdened”  to accompany a favourable review of Gestures of Love: The Fatherhood Poems.

The painter has chosen Andrew’s poem “Beachcombing” to accompany his painting “Wintertime, Bathurst Lighthouse in the distance”..

Concerning rottnest island, the publisher states: “Just 19 km off the coast of Fremantle in Western Australia, Rottnest Island – fondly known as ‘Rotto’ – is visited by over half a million people each year. Award-winning artist Brian Simmonds brings one of Australia’s iconic islands to life with his oils and mixed media colour paintings and sketches. Simmonds’ beautiful paintings and illustrations accompany uniquely local poetry and prose from well-known Australian writers such as Tim Winton and Craig Silvey.”. 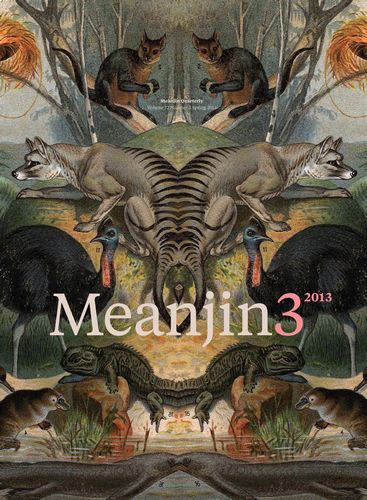 One of Andrew’s poems, “Reading at Lunchtime”, is represented in current issue of Meanjin (Volume 72, Number 3, 2013). Details about this issue of Meanjin can be found here: http://meanjin.com.au/editions.

Andrew’s Meanjin poem is reproduced below:

A drop I squeezed

from a lemon slice

and hit the book

fell, to my distress,

on a stanza by

in The Book of Songs

the first coming of

the Man of Sorrows.

Such a bitter drop—

on the clean paper

Andrew’s poem, “Temple Ladle”, a choka written after visiting Hozen Temple in Osaka, Japan, has been published in the latest issue (Volume 3, Issue 1) of the Australian Poetry Journal.

Publisher Donna Ward states in the front of the book that 632 people submitted 1,501 poems for the anthology, of which 200 poems by 173 poets were chosen.

Australian Love Poems 2013 can be purchased from bookshops and from Inkerman & Blunt Publishers – http://inkermanandblunt.com/home/ 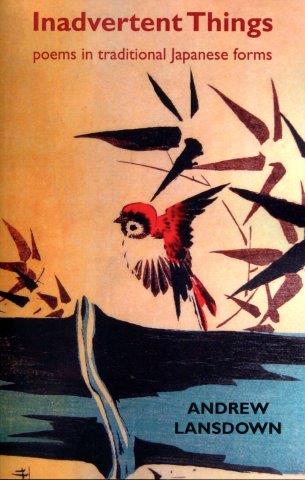 Read the blurb and several poems from Inadvertent Things on this website here. 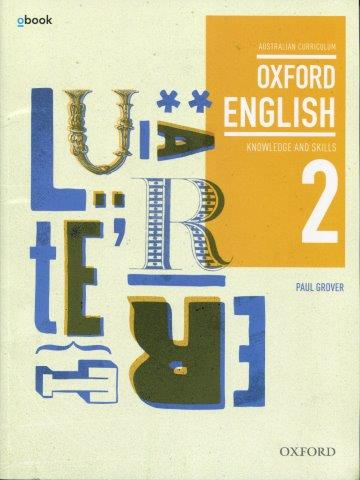 Andrew’s poem “Black Chook” has been published in Oxford English 2: Curriculum Knowledge and Skills. This book by educationalist Paul Grover, is the first in a blended print and digital series written for the Australian Curriculum: English. It is published by Oxford University Press (South Melbourne, 2013). “Black Chook” is republished from Andrew’s collection of children’s poetry, Allsorts: poetry tricks and treats. 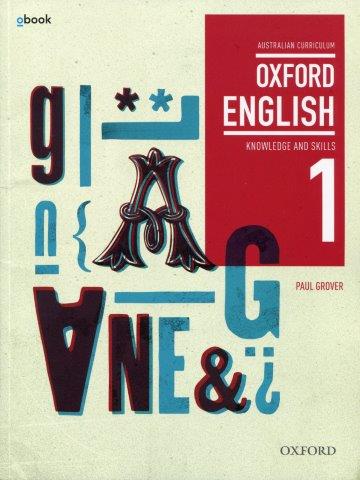 Andrew’s poem “In Her Haste” has been published in Oxford English 1: Curriculum Knowledge and Skills. This book by educationalist Paul Grover, is the first in a blended print and digital series written for the Australian Curriculum: English. It is published by Oxford University Press (South Melbourne, 2013). “In Her Haste” is republished from Andrew’s books, The Grasshopper Heart (1991) and Gestures of Love(2013) 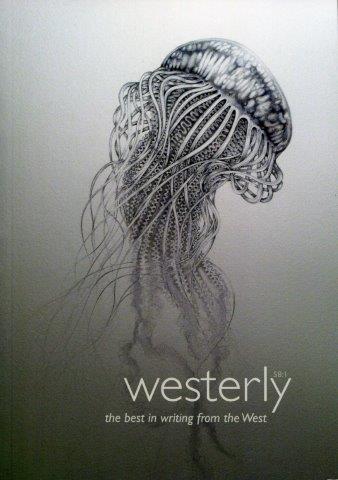 Westerly magazine has published Andrew’s poem, “Travelling North”, in its June 2013 issue. The poem is reproduced below. (Details of the June 2013 issue of Westerly can be found here:http://westerlymag.com.au/issue/58-1/.)

The Canada geese go over,

fly over in a skein,

high up and (I imagine)

And I suddenly wonder,

What am I doing here

where the first snows

even the geese know

the killing cold is coming

and south is the place to go? 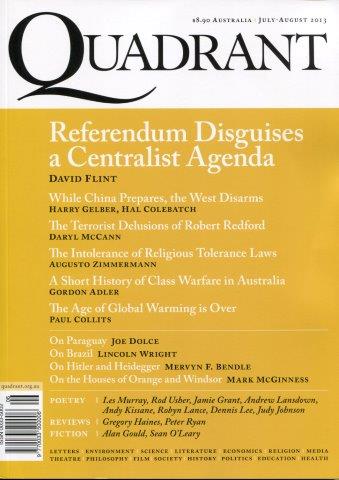 Four of Andrew’s poems were published in the July-August 2013 issue of Quadrant. One of the poems, “Five Flowers”, consists of five tanka – (1) “Composition”, (2) “Plenty”, (3) “Celebration”, (4) “Wheel” and (5) “Drive”. Another of the poems, “The Darkness Tanka”, consists of three tanka – (1) “This Morning”, (2) “At Nightfall” and (3) “Tonight”. The other two poems are “Artistic Licence” (a choka) and “Correspondence” (a tanka). All these poems will appear in Andrew’s new book, Inadvertent Things: poems in traditional Japanese forms, which will be released by Walleah Press later this year. 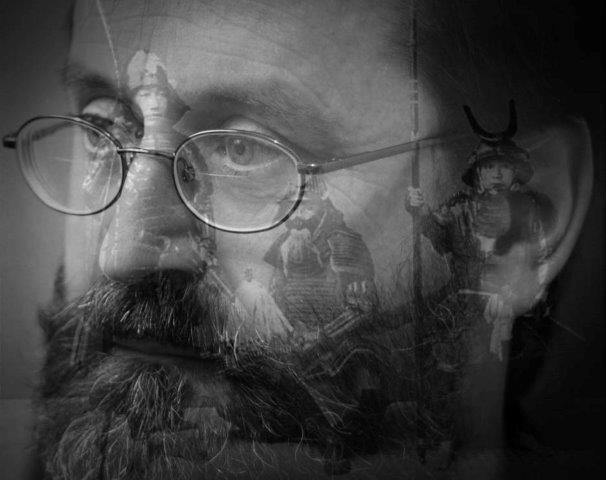 Singer-songwriter Joe Dolce has put Andrew’s poem “Samurai” to music. Joe has posted a demo of the song on Soundcloud, herehttp://soundcloud.com/joe-dolce/samurai.

Joe states that it is “still only the original demo but it will have to do until I get back in a real studio again.”

The photograph of Andrew (above) is one that Joe collaged to go with “Samurai” for Soundcloud. 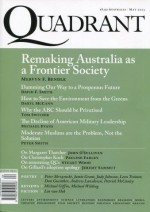 Two of Andrew’s poems were published in the May 2013 issue of Quadrant. The poems are: “Us2″ and “Mali Blues Guitarist”. You can read “Us2″ on the Quadrant website here:http://www.quadrant.org.au/magazine/issue/2013/5/us2

Wombat Books/Even Before Publishing has published a new collection of Andrew’s poems,Gestures of Love: The Fatherhood Poems.

As the subtitle indicates, the collection is a thematic one, with all the poems focused on family and fatherhood.

While some of the poems are new (uncollected), most have been taken been selected from Andrew’s other poetry collections.

As stated on the back cover blurb:

Few poets have explored the weight and wonder of fatherhood like Andrew Lansdown.

Over the years he has established a high reputation for his subtle, insightful poems about his wife and children.

Acclaimed poet and critic Geoff Page has observed that “Lansdown has a very sincere and direct way of handling poems about his immediate family which subtly suggests great tenderness without becoming sentimental.” And world-renowned poet Les Murray has claimed that “no one writes of family love with more tenderness than he.”

Now, for the first time, Andrew’s widely-published, award-wining poems celebrating family life are gathered in one collection,Gestures of Love. These fatherhood poems are bound to delight and move all readers—not only parents, but also anyone interested in the joy, grief and quirkiness of the human condition.

Gestures of Love (pp. 136) is priced at $15.00 and can be bought through this website or from Wombat Books or ordered through you local bookshop.

Poems in The Canberra Times

The Canberra Times has published Andrew’s poem, “Music Tanka”. The poem, which appears in the 2 March 2013 edition of the newspaper’sPanorama magazine, consists of two tanka, as follows:

As to the eye

the springing of the mallets

so to the ear

the bounding of the poundings

from the taut timpani skins.

The notes are flat

and the timing is out, yet

they make, the little sawn lengths

of bamboo bumped by breezes.

Poem in anthology None So Raw As This Our Land 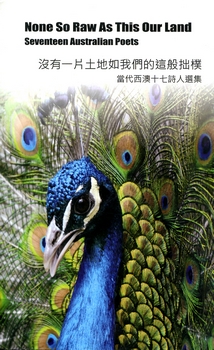 Andrew’s poetry is represented in a new anthology, None So Raw As This Our Land, published jointly by the Association of Stories in Macao (ASM), Cerberus Press and the Westerly Centre at the University of Western Australia. The anthology contains the original English texts of poems by 17 Western Australian poets along with translations of those texts into Chinese. The editor is Christopher (Kit) Kelen, while the translators are Iris Fan Xing, You Chengcheng and Song Zijiang.

Professor Delys Bird of the Westerly Centre, UWA, writes on the back cover blurb:

This unique anthology is the product of an equally unique project, involving Chinese translators from the University of Macau, and members of the project’s host, the Westerly Centre at The University of Western Australia. Intense discussion between poets and translators enriched the sometimes barren work of translation, resulting in a truly cooperative work, bringing together the poetry of seventeen West Australian writers. Their work demonstrates the strength and breadth of Western Australia’s writing culture as well as the impressive range of their voices. The anthology is significant as it makes that poetry available to a culture with the largest number of language speakers in the world. Yet this book delivers something even more important, creating connections between cultures through poetry and rendering effective and affective, those imaginative meetings.

Andrew’s poem in the anthology, ”Finishing Up”, is translated by You Chengcheng. Both the poem and the Chinese translation are included below.

Poem in anthology Notes for the Translators 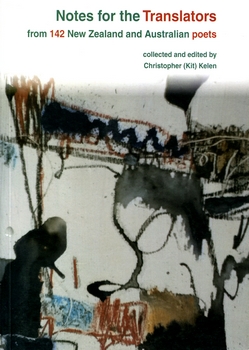 Andrew’s poem “Finishing Up” has been published in an anthology edited by Christopher (Kit) Kelen for the Association of Stories in Macao (ASM) and Cerberus Press. Titled Notes for the Translators, the book contains poems from 142 Australian and New Zealand poets. Each poem is accompanied by a brief commentary by it author. The back cover blurb explains:

Notes for the Translatorsintroduces the poet-translator to the work of 142 contemporary New Zealand and Australian poets. It is a pedagogic work, for use inside and outside of the classroom. Its aim is to help train poets as translators, and to train translators to be poets.

This is a practical book—a book with a simple facilitative aim. From the poems presented in these pages, and from the accompanying notes provided by their authors, translators will be able to offer a collection of contemporary Australian and New Zealand poetry to readers of languages other than English. With a few exceptions, each poem in the book is short (forty lines or less), the accompanying notes only a page or two of reading; therefore it should be possible to make a first draft translation for each poem in a single sitting. And so—from the materials offered here in this book-for-the-making-of-books—it should be convenient to commence the step-by-step building of a foreign language anthology.

This is a maker’s, not a critic’s, book. The notes are there to help the reader/translator understand a poet. The notes are from one poet to another; they are a helping hand across the cultural/linguistic gulf. If they are, needs be, written to some extent blindly (that is to say, without full knowledge of what lies across the gulf), then that will be a part of their beauty, of their poetic quality, and it will be a measure of the trust we place in strangers when we dedicate our hearts to the project of reaching a reader.

In the past week, two uses of this website bought eight of Andrew’s books. One purchased five books using PayPal, while the other purchased three books using a downloadable Order Form. Both methods of purchase will continue to be available for the foreseeable future.

To use PayPal to purchase books, go to the BUY BOOKS page by clickingHERE, then select the book/s you want and add them to your Cart.

If you prefer, you can download an ORDER FORM by clicking HERE, then print it out, fill it out and post it off with a cheque or money order. 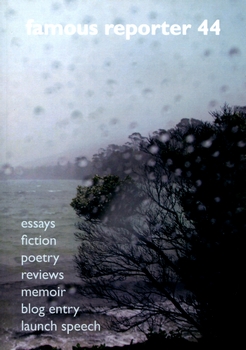 The literary journal, famous reporter, has published one of Andrew’s poems, a 4-haiku sequence titled “Rain”. The poem appears in the current issue of famous reporter, number 44. Among the 226 pages of stories, poems, essays and reviews in this issue, there are fine poems by three other Western Australian poets: Shane McCauley, Kevin Gillam and Lucy Dugan.

Poem in Little Book of Banksias 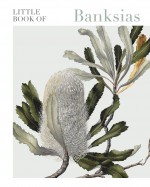 The National Library of Australia has just released the latest book in its Little Book of …series – Little Book of Banksias. The editors have included one of Andrew’s poems, “Banksia”, from his first poetry collection,Homecoming.

The back cover blurb for Little Book of Banksias states:

The banksia is quintessentially Australian. Known and loved for its brush-like flowers and sweet honey nectar, the plant embodies both the beauty and harshness of the Australian landscape.

Little Books of Banksias features poems and extracts by some of Australia’s greatest poets and explorers, including Dorothy Hewett, Archie Weller, Douglas Stewart and Edward John Eyre.  These insights sit alongside works by renowned artists, such as Ellis Rowan, Adam Forster and Ebenezer Edward Gostelow.  Inspired by the collections of the National Library of Australia, Little Book of Banksias is a delightful showcase of some of our most beautiful Australian ‘bush candles’.

Andrew’s books can now be purchased on this website withPayPal. Many buyers will find this more convenient than posting off an order form with a cheque or money order (although this method is still available). Click here to check out the BUY BOOKS page.

The January-February 2013 issue of Quadrantcontains four of Andrew’s poems: ”Sand-Bathing”, “Perceptions” and ”Everlastings” and ”Blues”.